Showing posts from December, 2019
Show all

December 27, 2019
Isaiah 9:6 “For unto us a child is born, unto us a son is given: and the government shall be upon his shoulder: and his name shall be called Wonderful, Counsellor, The mighty God, The everlasting Father, The Prince of Peace.” King James Version (KJV) Luke 2:1-20 King James Version 2  And it came to pass in those days, that there went out a decree from Caesar Augustus that all the world should be taxed. 2  (And this taxing was first made when Cyrenius was governor of Syria.) 3  And all went to be taxed, every one into his own city. 4  And Joseph also went up from Galilee, out of the city of Nazareth, into Judaea, unto the city of David, which is called Bethlehem; (because he was of the house and lineage of David:) 5  To be taxed with Mary his espoused wife, being great with child. 6  And so it was, that, while they were there, the days were accomplished that she should be delivered. 7  And she brought forth her firstborn son
Post a Comment
Read more

WARNING Daniel Valles of Informed Christian's is a false teacher.

December 25, 2019
WARNING Daniel Valles of Informed Christians is a false teacher.  The following video is excellent teaching on the fig tree in reference to Daniel's 70th week which gives us a clear prophetic picture of the soon return of Jesus Christ and the end of this age.  And then toward the end of his video the lies spill out. See my comments  below video link.  https://youtu.be/yVe2Igj-LiU Daniel you've done a brilliant job of laying out the prophetic timeline of Daniel's 70th week in context of the fig tree. However at time 48:20 the wheels fall off. Your Pathetic teaching implies the Bride of Christ will enter into the Tribulation aka the time of Jacob's Trouble.  This is egregious heretical teaching.  I hope your subscribers can see through your false teaching.  My KJV Bible tells me we're not appointed to wrath.  The Rapture takes place BEFORE the Tribulation... Salvation is not lost once we have it. You're in danger of Galatians 1:8,9. Teaching a false G
4 comments
Read more

The Flood of Updates on The Apostate Fake Church of Today; Wake Up Christian! Come Out! 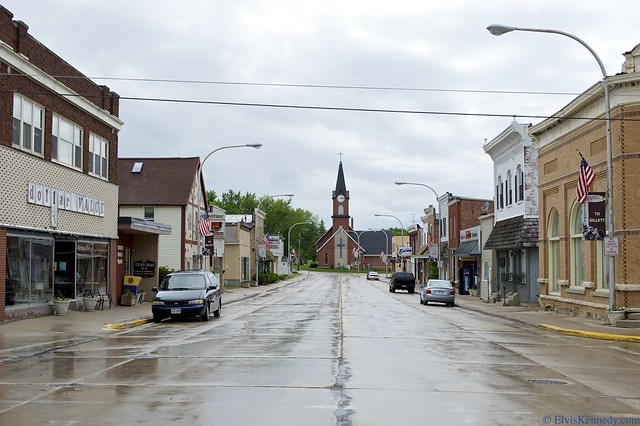 The flood continues unabated...The Apostate fake Church of today. Come out from among them Brethren. Wake Up Call The Zedekiah List lists 937 false teachers with quotes that are non biblical. Some range from a twisted interpretation to outright blasphemy. Nevertheless, if this doesn't give us a glimpse into the apostasy of this age, nothing else does. Mind you these names are only a portion of what's really out there.   http://www.zedekiahlist.com/thelist.html Last year I had posted Blogs and published an Ebook of the apostate church of today. I often hear, "oh my church isn't like that" or "not my pastor, he's rock solid". . As posted in my Blog and written in my EBook, in every case I examined behind these claims, I found more proof to the contrary. https://thirdheaventraveler.blogspot.com/2018/12/i-don-go-to-church-from-blood-bought.html See full article in NOTE 1 below: " It is interesting to observe similar warnings g
Post a Comment
Read more
More posts