Showing posts from January, 2014
Show all

Proof Rampant Drug Use ushers in the END OF TIME

The Omega Letter Intelligence Digest Vol: 148 Issue: 30 - Thursday, January 30, 2014 Higher and Higher. The government of Israel announced that the ministry of health will launch a domestic pot-growing operation to grow and manage Israel’s exploding medical marijuana industry. The  Jpost  is reporting that Israel’s decision to grow domestic pot will last two years, after which the government will take another look at it.  The reason the government wants to grow pot i s to bring the price down  – imported marijuana costs ten times as much. It gives one pause to wonder: where would they import pot  from ?  Mexico?  California?  Canada?  Why would it cost more to import a pot plant than it would a tomato plant? Actually, a tomato plant should cost MORE.  Pot is a WEED.  I looked it up.  It is a fairly aggressive weed that will grow wild without too much attention. And from what I’ve been able to read and what I know of Israel’s multi-tiered agricultural environment, if it can be gr
Post a Comment
Read more

WARNING: Have an Exit Plan, by Matt Drudge; What's going on?

January 30, 2014
I personally believe a great man, Matt Drudge, DRUDGE REPORT, has send a strong cryptic warning to all who have ears to hear: Please get right with Jesus. If you don't know Jesus, repent of your sins and ask him to come into your heart and save you. If you believe in your heart and confess with your mouth you are saved.   Those who call on the name of Jesus are saved. For believers. LOOK UP! OUR REDEMPTION DRAWS NIGH: M A R A N A T H A http://www.wnd.com/2014/01/matt-drudge-mystery-have-an-exit-plan/?cat_orig=politics EMAIL RECEIVED FROM Tom Gaston: Do any of you Loved Ones copied here have any idea what Matt Drudge of the Drudge Report may be saying here with these cryptic words?  I can only speculate. Please see what you think. J. http://www.wnd.com/2014/01/ matt-drudge-mystery-have-an- exit-plan/?cat_orig=politics I am VERY SURE Matt Drudge knows things that we do not!   However, when I read his phrase- this popped immediately into my head.
Post a Comment
Read more

Some 170,000 rockets and missles threaten Israel

January 30, 2014
General Aviv Kochavi says that  while number of missiles aimed at Israel has decreased, their accuracy and lethality has been dramatically improved Shahar Chai Published:   01.29.14, 17:37 /  Israel News Sometimes, less is more: Military Intelligence Chief Brigadier General Aviv Kochavi said  Wednesday  that despite a drop in the number of missiles and rockets threatening Israel, their level of precision has drastically risen .   " Some 170,000 rockets and missiles are threatening the State of  Israel  from all regions. Up until recently, the number was much greater and it has decreased, but it will go up again . "They are much more precise and a lot more lethal.  The most significant thing we would like to point out is the fact that the enemy has the capability to land mass amounts of arms on Israeli cities," he said. Addressing the issue of nuclear  Iran , Kochavi noted that the Islamic republic "continues in a manner that allows for, if
Post a Comment
Read more

January 29, 2014
Read more:   http://p.washingtontimes.com/ news/2014/jan/28/text- president-obamas-state-union- address/?page=10#ixzz2rktFuEVd     Obama State Of The Union Address speech  /  January 28, 2014   Quote:........"You see, in a world of complex threats, our security and leadership depends on all elements of our power – including strong and principled diplomacy.  American diplomacy has rallied more than fifty countries to prevent nuclear materials from falling into the wrong hands, and allowed us to reduce our own reliance on Cold War stockpiles.  American diplomacy, backed by the threat of force, is why Syria’s chemical weapons are being eliminated, and we will continue to work with the international community to usher in the future the Syrian people deserve – a future free of dictatorship, terror and fear.  As we speak, American diplomacy is supporting Israelis and Palestinians as they engage in difficult but necessary talks to end the conflict there; to achieve dignity and a
Post a Comment
Read more

The Dispensations And the Ages

The Omega Letter Intelligence Digest Vol: 148 Issue: 25 - Saturday, January 25, 2014 The Dispensations And the Ages Paul wrote to Timothy, "Study to show thyself approved of God, a workman that needeth not be ashamed, rightly dividing   the Word of truth.” (2nd Timothy  2:15 ) The first thing to notice is that if there is an admonition to ‘rightly’ divide the Word of truth, then that is to prevent dividing it ‘wrongly.’ Having established from Scripture the possibility of wrongly dividing the Word, we need to understand what Paul meant by ‘dividing’ the Word to begin with. The clearest and most obvious division is the one between the Old and New Testaments. Pretty much everybody agrees on that, across the spectrum. The Omega Letter's doctrinal worldview is shaped primarily by Dispensationalism, or systematic theology.   Systematic theology views Scripture as unfolding progressive revelation and doctrine. Dispensationalism means, "the act of dispensing or something
Post a Comment
Read more

The Beast : Obama to meet False Prophet Pope Francis at the Vatican in M...

January 25, 2014
The following article clearly shows Bible Prophecy, mostly right out of the pages of Ezekiel 38 ,  happening right before our eyes.  Get ready it's all coming together NOW Note: Great study on Ezekiel 38:   http://www.preceptaustin.org/ezekiel_38_commentary.htm DEBKAfile Exclusive Report January 24, 2014, 11:07 AM (IST): Palestinian Authority Chairman Mahmoud Abbas (Abu Mazen) launched his “diplomatic intifada” against Israel and exit from the Kerry peace initiative Thursday, Jan. 23, from Moscow .   His meetings with President Vladimir Putin and Prime Minister Dmitry Medvedev marked his breakaway from the US-led peace process with Israel,  four months before it was due to expire, and signaled his bid for Russian backing for a Palestinian state . The Palestinian leader’s defection caught both Secretary of State John Kerry and Prime Minister Binyamin unprepared – and surprised their intelligence agencies. Putin and Abbas almost certainly planned in advance
Post a Comment
Read more

China’s Plan to be ‘King of the East’

The Omega Letter Intelligence Digest Vol: 148 Issue: 23 - Thursday, January 23, 2014 China’s Plan to be ‘King of the East’   Note:  Today's Letter  looks at the  East  through the lens of Bible Prophecy.  J.L. Robb's column, " The Isaiah 9:10 Prophecy and the Freedom Tower " looks to the West using the same prophetic lense. Chinese civilization and culture date back 4,500 years. The Chinese have never been aggressive conquerors of other nations or people; but they have a history of being extremely aggressive in defense of their country and the imperial control of Chinese territory and peoples. The annexing of Tibet, the military campaigns against India in the 1970s, and intervention in the Korean War in the 1950s, were further manifestations of the Great Wall syndrome dating to 200 B.C. It’s been observed that if you stuck a two by four into the ground in China, the next morning, there’d be a wall around it. During the 90’s, the Clinton administration tried to
Post a Comment
Read more

Middle East Peace Is Dead! Is a Major Regional War Next?

January 24, 2014
1/23/2014 7:27:23 PM Middle East Peace Is Dead! Is A Major Regional War Next?  Click on  http://www.calvaryprophecy. com/  (or paste it) to get the  rest of the story. If you haven't had a chance to take a look at my book Rapture,  Tribulation Period, And Beyond! I encourage you to go to my  website and explore what this book has to offer. I believe it will  give you a clear understanding of the end times and the order in  which it may come. Terry Malone Calvary Prophecy Report http://www.calvaryprophecy.com
Post a Comment
Read more

Most Powerful Love Story ever written: “The Shepherd and the Shulamite” 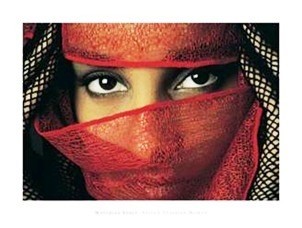 THE MYSTERY OF THE CHURCH: “The Shepherd and the Shulamite” By Keith Malcomson The Song of Solomon is certainly my favourite book of the Old Testament. From a child I have been most aware that it opened up a deep revelation concerning intimate fellowship with the person of Jesus Christ.    Just as the Book of Ruth was read each year at the Feast of Pentecost by Israel, the Book of Solomon was read by them at Passover. Its theme and message is redeeming love. It speaks of the Bride and the Blood.    It starts with the words  “Song of Songs”  (1:1). Solomon wrote 1005 songs and 3000 proverbs (I Kgs.4:32), yet this is the greatest song he ever wrote. It is  thee  song or the greatest song of all. Moses and David were also song writers but this is indeed the greatest.    Solomon   Most commentators and Bible teachers, both ancient and modern, teach that Solomon in this song is a type of Christ and that the Shulamite is a type of the Church. But this
2 comments
Read more
More posts