How the Muslims are overtaking the world

June 13, 2012
I found this link on Hub Pages by Brie Hoffman, that deserves attention...   It makes sense, actually.  Let the infidels kill their babies and since the muslims don't generally practice abortion, and add to the fact that the western world birth rate is so low compared to muslims, do the math....

Muslim World: how Muslims will take over the world via population growth 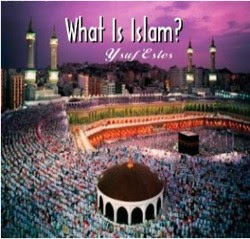 In case you didn't know Islam is one of the fastest growing religions in the entire world. Some statisticians have said that for every 1 non-Muslim child born there are 8 Muslim children born in the world and that number is conservative. Others say that the rate is more like 3 to 1. Regardless of the number, think about that. The Muslims don't have to do anything, they will rule the world by virtue of their numbers.
According to America Speaks Inc.com the birth rate a society needs to break even and not start to disappear is 2.1 babies per woman. Anything less than that, the culture disappears in a matter of three generations or more. The math can’t be argued. No culture has ever survived once it reached the breaking point 1.3 babies per woman. The United States birth rate is 2.1. Canada, New Zealand, Germany, Russia, Spain and Italy are all between 1 and 2 percent.
Now let’s take a look at some Muslims countries, Afghanistan is 47.02 per 1000 people, Albania 15.08 per 1000 people, Niger 7.46, Mali 7.42, Somalia 6.76, Afghanistan 6.69,Yemen 6.58. I think you can start to get the idea here. Muslim populations are filling up the birth shortfalls all throughout Europe and have already started taking over the European culture.
In America in 1970 there were over 1,000 Muslims in America, today there are over 9 million.
Part of the reason that the Muslim population has exceeded most other populations is that Muslims do not, by and large, practice abortion and have other restrictions on certain kinds of birth control. Abortion takes the lives of over 1 million babies each year in America alone. Additionally, other religious groups such as Catholics and religious Jews have seen their birth rate plummet with the onset of more lax attitudes towards birth control and abortion. I was raised Catholic. My great grandmother had 16 children and my grandmother had 9. My father's family had 9 children as well. My mother and father had only 2 and I only have 1. I believe that we are the norm for families raised Catholic.
Nevertheless, statistics show that Muslim fertility rates drop after immigrating to a new country. In addition, second generation Muslim women tend to have fewer children often taking on the host countries preference for smaller families. However, women whether Christian or Muslim who espouse strong religious views tend to have higher fertility rates and marry at a younger age than women who don't hold these views.
I think the real concern here is the threat of a Muslim takeover of western culture and law. Attempts to install "creeping" Sharia laws into the United States system of government have caused a backlash resulting in many states passing anti-Sharia laws in order to thwart this perceived threat. Sharia law is literally translated as "the path" and it is a combination of the Koran and the Hadith which is a collection of words and deeds of Muhammad. The most concerning aspects of Sharia law might be the death penalty for apostasy, it's treatment of women and it's opposition to certain expressions of freedom of speech. Many Muslim countries have severe penalties for people who convert to religions other than Muslim. Women can be divorced under Sharia law by saying "I divorce you" three times, they are also not allowed to marry non-Muslims and are considered inferior to men under the law. A woman can only prove that she has been raped if she has 4 male witnesses, and if she is returned to her family, her family is encouraged to kill her in order to restore honor to the family. At the same time a man can have 4 wives included a "temporary" wife (read prostitute) for one hour. Moreover, we are all familiar with the huge outcry in the Netherlands when a cartoon depiction of Mohammed was published. . As long as the Muslim population remains a minority this fear is kept to a minimum but as the population rises the fear will rise as well. What could be at issue here is the very Muslims who are having the most children tend to also be the more extreme.
We live in a pluralistic society and I think most Americans would agree that freedom of religion is a good thing. I think the most important thing we can take from this information is that as long as any group (even a group that I do not agree with) can be tolerant of other groups that that group has a right and a place within the United States. As Voltaire once said, I may disagree with what you say but I will defend to the death your right to say it... However, if a group begins to dictate how others should live...well that's a different kettle of fish! Unfortunately the tolerance track record of Islamic countries towards other religions is not very encouraging as most if not all Muslim countries have strict laws forbidding the practice of other religions. For example in Saudi Arabia the practice of proselytizing by other religions is illegal and to convert to another religion carries the death penalty and this is not at all unusual for Muslim countries.
Muslims have taken over several towns in Britain already and also in America (Dearborn, MI is one). In twenty years Muslims will be able to elect the next president in the United States. I really don't know what the answer is to this problem but I do know that something must be done NOW in order to stop this from happening. Your suggestions are encouraged.