Comment from Tom Gaston in reference to below article: 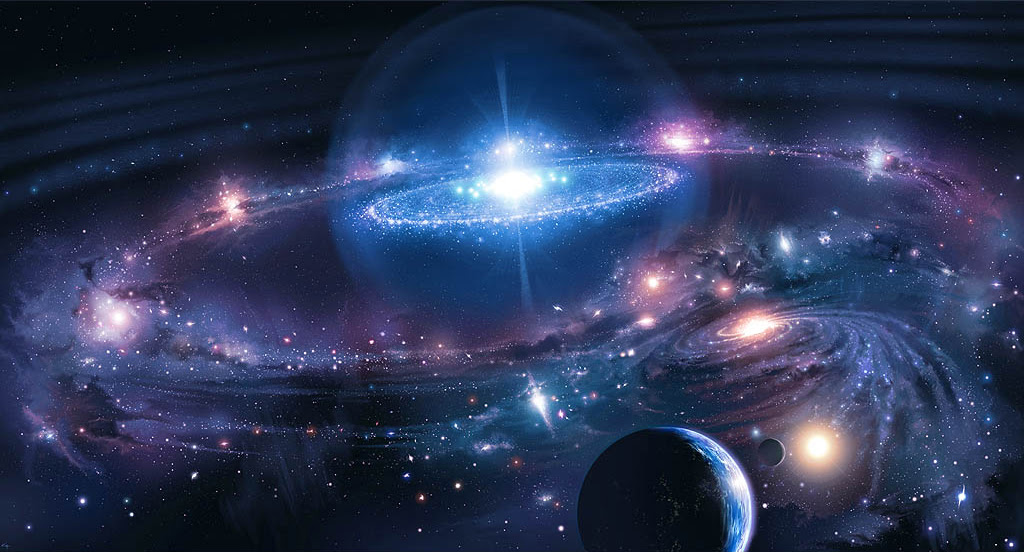 TISHREI 2 - 5774 - EYE SEE THE OPEN DOOR
SEPTEMBER 6, 2013
(Part 1 of this message can be found HERE ).
According to the "current" Hebrew Calendar, this is year 5774. Today is Tishrei 2, the 2nd day of the 7th month. Rosh Hashanah, Feast of Trumpets or the New Year is also celebrated today. This festival is a 2 day event. This year Tishrei comes early, the high feasts days usually arrive on the cusp of Libra or in Libra. Another name for the 7th month is Ethanim.
"And all the men of Israel assembled themselves unto king Solomon at the feast in the month Ethanim, which is the seventh month." 1 Kings 8:2
Ethanim means flowing waters, brook of water. The 7th month is a time of Refreshing, life, movement, momentum and prosperity. 7 speaks of completion. Tishrei/Ethanim is a time for ending old cycles and movement toward new things, it's a new year.
Year 5774
Normally in the beginning of the year, based to the widely accepted Gregorian Calendar, we prophesy what shall be for the year. Using the numbers of the year, with strong emphasis of the last two digits, we can divine what Spirit is saying. Using the Hebrew Calendar year of 5774 we can do the same thing. What we are doing is showing you just a few hidden prophetic messages of the next 12 months. In numerology or gematria, each number or digit carry both light (positive) and shadow (negative) frequencies or hidden meanings.
23
Year 5774 or 5+7+7+4 = 23 - In some of Christian understanding of gematria or numerology, the number 23 signifies Death. Death only means transition, the end of one thing and the beginning of something new. Looking at this vibratory frequency that's been given to us, we can see that over the next 12 months many people will be crossing over through various means (wars, disasters, etc), or in great transition.
On the other hand, the number 23 gives us lots of hope and inspiration, while in the midst of transition. Psalms 23 speaks of "walking through" (not camping out in) the valley of the "shadow of death." This Psalm also speaks of Abundance, Refreshing and Anointing. A table is set in spread, the cup overflows, and there are green pastures.
Verse 23 of Genesis speaks of the 5th day of creation. (2+3=5) Herein we have a mystery waiting to be revealed from the previous verse. "Be fruitful, and multiply." This again shows us the light (positive) side of the number 23, Multiplication, Fruitfulness and Abundance. Couple with this is hidden another meaning for the number 5, it not only represent Grace, but Multiplication. So the number 23 shows us creativity, multiplication, abundance and change will also be the energy manifesting year 5774 on the Hebrew Calendar.
11
The last two digits of year 5774 are 7 and 4. (7+4=11) 11 speaks of disorganization and chaos, as in Genesis 11 - Nimrod and his tower as with the governments of this world today is chaotic and disorganized; targeted for destruction. However, the light (positive) side of 11 shows of a Portal or Gateway. Looking closely at the digits, 1 1 they stand as a Doorway that's open. To show you another mystery woven in the Genesis 11 story, we will look at Babel or Babylon. In Hebrew, Babel means confusion. Those who rebel will walk in confusion is what the vibratory frequency is telling us for year 5774.
In the ancient Akkadian language, that predates Hebrew and from which Hebrew is derived, Babylon means Gateway, Stargate, Portal, Doorway. Babylon was called the Gateway to the Gods; and that ancient technology yet exist.
Within the next 12 months, we will be hearing more about portals and stargates and will possibly get to see something spectacular. On an individual level, the Universe will be busy opening doors that no man can shut for those who walk humbly and obedient in accord with divine principles. As stargates and portal are open without, so shall they be within.
The 1 1 also represent initiation into the mysteries. Solomon's Temple had two pillars on the porch as was known in all Mystery Schools of the region. Jachin and Boaz represented the elements of Wind and Fire, the highest form of initiation into spiritual realities and the supernatural. So we should expect some spiritual technology to be revealed, bringing us to new levels of consciousness.
74 or 70+4 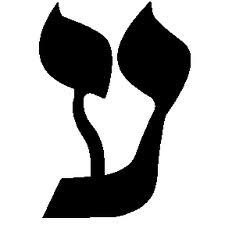 The Hebrew starglyph/alphabet that has the numeric value of 70 is AYIN. Ayin, means the Eye, to see; fountain. There are many prophetic mysteries hidden here that would require quite some time to share. The Ayin is the Eye, the Eye is the 3rd Eye, the Eye of the Spirit. True repentance (teshuvah) releases the fountains to flow from the eyes, bringing refreshing, renewal and restoration.
For the next 6 years, we will be in the Eye OR EYE SEE, according to the current Hebrew Calendar. This means that Father will be restoring our spiritual sight as we are brought to various levels of teshuvah. The first defeat that Joshua and ancient Israel encountered when they came out of the wilderness was at AI. In Hebrew, AI is formed with Ayin. What caused their defeat? Was it not the eye of the flesh that caused Achan to covet. Joshua 7. This was the Eye See operating in the lower states of greed, covetousness and lust. After Achan's eye (covetousness) had been dwelt with, they defeat AI, or Ai was used for the divine purpose intended.
Eye hear Spirit saying, If we want our spiritual Eye, our 3rd Eye to be opened, we must overcome covetousness, the lust of the eye. Then will come foresight with insight, based on hindsight.
4 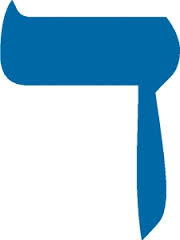 The Hebrew starglyph/alphabet that has the numeric value of 4 is DALET. As you can see, the glyph looks like a door or portal that's wide open. Dalet means, Door. Again we see how the Spirit has connected this together to confirm. Dalet is the door that opens in the heavens- Revelation chapter 4. It is the Stargate, Portal, Doorway to all that God is and we are.
"I looked and behold a door opened in heaven..." Revelation 4:1 Apostle John had to have his AYIN (Eye) open in order to look and see the DALET (Door) open in heaven. Year 5774 we will see the open doors in our personal life, but we shall also see the Portals of heaven open within and without.
Jesus said, I AM the Dalet (Door, Portal, Gateway, Stargate).
Using the last two digits of year 5774, we see that this is the year of Ayin Dalet -- EYE SEE THE DOOR.
Look for the Door, it might be concealed in the strangest place. Look for the Door, it will reveal great glory and grace. It is open, waiting for you to come in---- and a new life will begin.
See with the Eye of the Spirit into the unseen. See with the Eye of the Spirit that which is seen. In the year of Ayin Dalet ------ the table of abundance will be set.
Transition and change in the Year 5774. Transition and change as you walk through the open Door. Fear not, let go of the old mindset --- In the new year of Ayin Dalet.


Share this with all you know.
We accept donations for our non profit work.