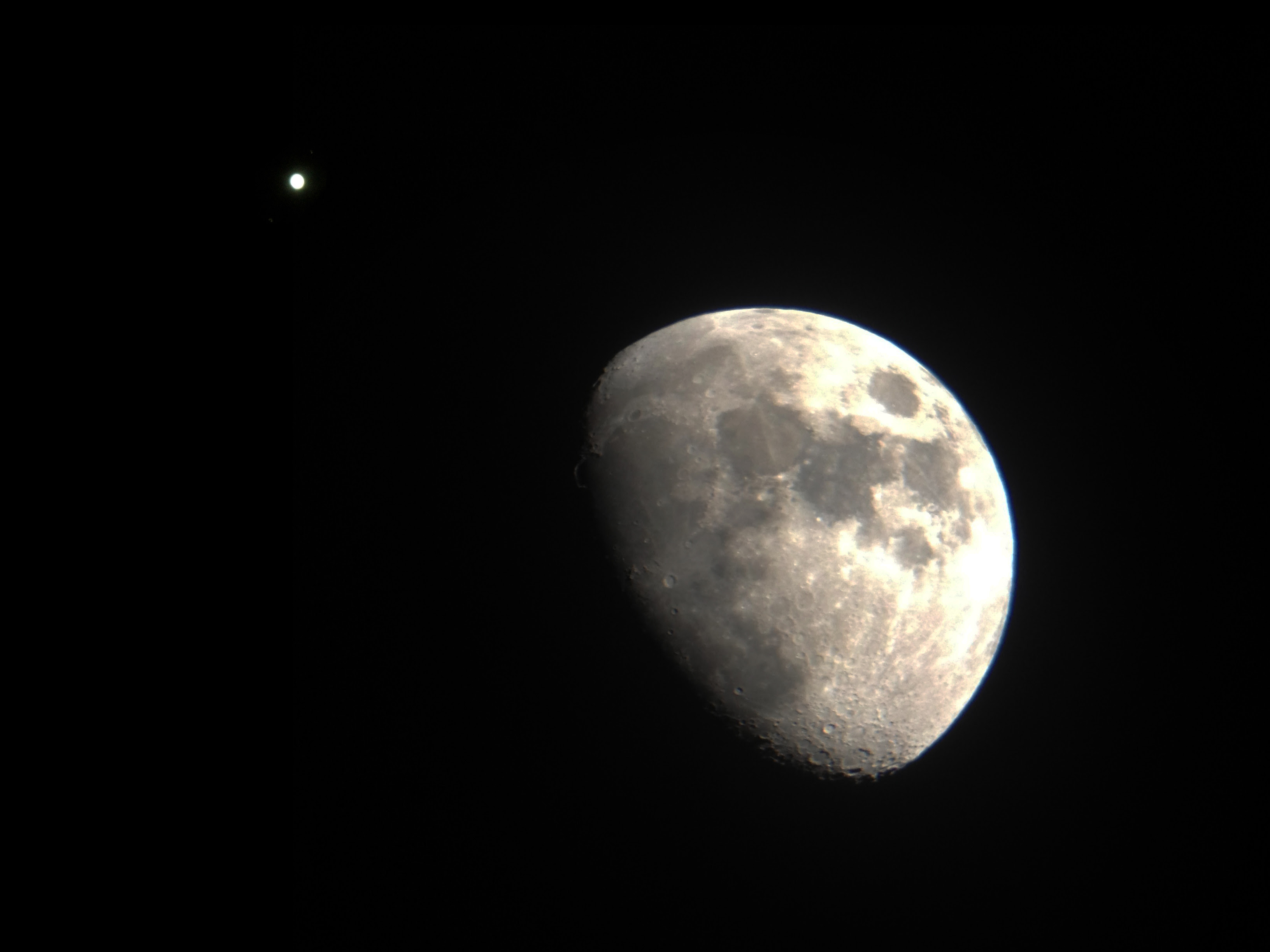 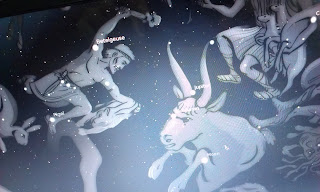 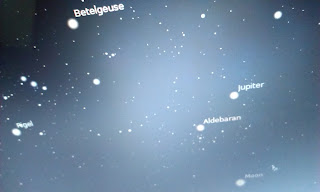 I saw the beautiful moon next to a very bright star. Immediately, at that moment, the Holy Spirit prompted me to look up and report this as more confirmation of God's soon coming Judgement. (Tribulation upon the earth after Jesus comes and takes his children home)

Here's what I found on Stellarium, marking the time, location, and cardinal heading of 270 degrees:

Above horizon about 15 degrees: Betelgeuse Rigel,  with Jupiter in the horns of Taurus near the moon.

Researching Bible Astrology note: (There shall be signs in the sun, and in the moon, and in the stars...Luke 21:25)

This was a definite confirmation that Jesus Christ, the King of Kings, and Lord of Lords is coming to Judge the World.

The Holy Spirit told my heart that this is so very near as Jesus is at the very door now. Time has run out.

I had reservations about posting this Blog because of the unpleasant thought and I also didn't really have any confirmation of this.

But the following day on April 14, I read a study from Pastor Riley talking about the soon coming Rapture, Tribulation and probable destruction of America.  This is posted in my Blog titled Does The Bible Show Rapture, America's Destruction Tribulation

After reading Pastor Riley's study, I knew I had to post this Blog,  but I hesitated another day and then after the Boston bombing,  I knew I had to get this warning out.  I've also seen several other Blogs and You Tube Videos confirming these similar things as well

IF YOU DON'T KNOW JESUS AS YOUR SAVIOR PLEASE DO SO NOW.  JOHN 3:16

FOR SAINTS:  LOOK UP!  OUR REDEMPTION DRAWS NIGH!
MARANATHA!

IF YOU'RE AN UNBELIEVER AND YOU FIND THIS BLOG AFTER HEARING NEWS THAT MILLIONS HAVE MYSTERIOUSLY DISAPPEARED, PLEASE GO TO www.calvaryprophecy.com immediately for help.


For more detailed information on the astronomy I found, please see notes below:

As we have seen regarding the signs surrounding the birth of  Jupiter was “his star,” and proven to be the star of the Messiah, the one which the Magi followed as it led them to Jerusalem, and finally Bethlehem. As the King planet, in reference to the spiritual dominion associated with God’s second in command, it is significant to remember that Jupiter, was identified with Jesus as “King of the Judeans,” [Matt. 2:2]. The general meaning of Taurus in its Biblical significance is the coming Judge and Ruler.    Bible Astronomy

The Hebrew word for bull or ox is “shur” which also means “to return” or “to come back”. http://www.setterfield.org/stargospel.html


The star represented Jupiter coming together with the Moon  viewed as a symbol of majesty and sovereignty.  http://epistle.us/articles/star.html

Among the Hebrews, the planet Jupiter had a special meaning. The Hebrew name is Tzedeq, which means "righteous one." It was called the Star of David and it represented kingship, coronations and the birth of kings.The Magi saw "His star." The ancients considered all heavenly bodies as stars, including the planets (except the sun and moon). In ancient history, Jupiter was considered the star of kingship, even among ancient Jewish scholars.

Another example showing the connection of Biblical symbols to the signs in the heavens is Revelation 1:16. John saw Christ in heaven holding seven stars in His right hand. These seven stars represent the pastors of the seven churches listed in Revelation 2 and 3 (see Revelation 1:20). There were certainly more than seven leading churches at the time John wrote this.
Why did Christ choose these particular seven churches to receive His prophetic message?

History reveals that the seven churches mentioned in Revelation 2 and 3 were all located in Asia Minor, or what is today modern . All were located at the base of the Within the constellation Taurus is a star cluster called the Pleiades. It consists of a main star surrounded by seven other stars. The word Pleiades means "congregation of the ruler." The Arabic name is al-Cyclone, meaning center, because ancient Jews and Arabs considered the Pleiades the center of the universe.

How significant it is that the Pleiades, with one star surrounded by seven others, is in the constellation Taurus  and the seven churches were located at the base of the

On the bottom of this "illuminati" Pyramid from Ecuador with the "Shining eye" is the inscription which says......."The Son of the Creator Comes."   This pyramid has " 13 steps. "   Isn't that interesting as we are in the year 2013.
http://www.thelivingmoon.com/forum1/index.php?topic=1820.0

Here is the picture below showing the bottom of this pyramid.  The star Constellation of "Orion" is also enscribed on the bottom along with the inscription........."The Son of the Creator Comes."
This same inscription is found on many other artifacts throughout the world.............http://www.youtube.com/watch?v=G0WQH2AqIQc