Manipulate Votes, No Problem. Reason 777 why I don't vote 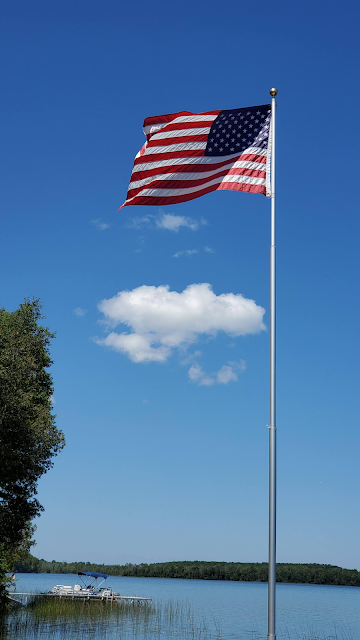 Why I haven't voted since 1972
http://www.thethirdheaventraveler.com/2020/11/get-out-there-and-vote-my-christian.html
TIME magazine claims secret cabal blocked 🚫 Trump election
https://youtu.be/0BEHO08r67U
Below is an article proving more beyond doubt how corrupt our election process truly is.
Article posted by Karen Peters of  Conservative Corner
newsportkp@yahoo.com
DID THE US RAID EUROPEAN SOFTWARE COMPANY SCYTL AND SEIZE THEIR SERVERS IN GERMANY? — OUR INTEL SOURCE SAYS YES, IT HAPPENED!
TONIGHT WE HEARD MORE FROM OUR SOURCE ON THIS RAID IN GERMANY.

ANDREA WIDBURG AT AMERICAN THINKER EARLIER REPORTED THAT SCYTL IS A BARCELONA-BASED COMPANY THAT PROVIDES ELECTRONIC VOTING SYSTEMS WORLDWIDE, MANY OF WHICH HAVE PROVEN VULNERABLE TO ELECTRONIC MANIPULATION.  SCYTL HAS (OR HAD) SOROS AND DEMOCRAT PARTY CONNECTIONS.  MICROSOFT CO-FOUNDER PAUL ALLEN’S VULCAN CAPITAL HAS INVESTED $40 MILLION IN SCYTL.

TONIGHT WE LEARNED FROM OUR SOURCE THAT BILL GATES ALSO OWNS STOCK IN SCYTL.

FROM OUR SOURCE: THE US GOVERNMENT, ONCE THEY DETERMINED THAT THIS DOMINION SERVER WAS INVOLVED IN SWITCHING VOTES, THEN THE INTELLIGENCE COMMUNITY BEGAN A SEARCH FOR THE SERVER AND DISCOVERED THAT THE SERVER WAS IN GERMANY. IN ORDER TO GET ACCESS TO THAT SERVER AND HAVE IT AVAILABLE FOR USE IN A LEGAL MANNER THEY HAD TO HAVE THE STATE DEPARTMENT WORK IN TANDEM WITH THE DEPARTMENT OF JUSTICE. THEY HAD TO REQUEST THAT THE GOVERNMENT OF GERMANY COOPERATE IN ALLOWING THIS SEIZURE OF THIS SERVER.

THE APPROPRIATE DOCUMENTS REQUIRED TO AFFECT THAT KIND OF SEIZURE WERE PUT IN PLACE, SIGNED OFF ON, AND IT APPEARS THERE WAS ALSO US MILITARY SUPPORT IN THIS OPERATION. THE US MILITARY WAS NOT IN THE LEAD. BUT THIS HELPS EXPLAIN WHY ESPER WAS FIRED AND MILLER AND KASH PATEL WERE PUT IN PLACE — SO THAT THE MILITARY WOULD NOT INTERFERE WITH THE OPERATION IN ANY WAY.

BY GETTING AHOLD OF THE SERVER THEY NOW ARE GOING TO HAVE THE DIRECT EVIDENCE OF WHEN THEY WERE INSTRUCTED TO STOP COUNTING. THEY WILL ALSO DISCOVER WHO GAVE THE DIRECTION TO STOP COUNTING AND WHO INITIATED THE ALGORITHM THAT STARTED SWITCHING VOTES. THE CIA WAS COMPLETELY EXCLUDED FROM THIS OPERATION.

DID THE US RAID EUROPEAN SOFTWARE COMPANY SCYTL AND SEIZE THEIR SERVERS IN GERMANY? -- OUR INTEL SOURCE SAYS YES, IT HAPPENED!

IN A DECEMBER 2019 LETTER TO DOMINION VOTING SYSTEMS, WHICH HAS BEEN MIRED IN CONTROVERSY AFTER A HUMAN ERROR INVOLVING ITS MACHINES IN ANTRIM COUNTY, MICHIGAN, RESULTED IN INCORRECT COUNTS, DEMOCRATIC SENS. ELIZABETH WARREN, RON WYDEN, AND AMY KLOBUCHAR AND CONGRESSMAN MARK POCAN WARNED ABOUT REPORTS OF MACHINES “SWITCHING VOTES,” “UNDISCLOSED VULNERABILITIES,” AND “IMPROBABLE” RESULTS THAT “THREATEN THE INTEGRITY OF OUR ELECTIONS.”
IN 2018 ALONE, 'VOTERS IN SOUTH CAROLINA [WERE] REPORTING MACHINES THAT SWITCHED THEIR VOTES AFTER THEY'D INPUTTED THEM, SCANNERS [WERE] REJECTING PAPER BALLOTS IN MISSOURI, AND BUSTED MACHINES [WERE] CAUSING LONG LINES IN INDIANA,'” THE LETTER READS. “IN ADDITION, RESEARCHERS RECENTLY UNCOVERED PREVIOUSLY UNDISCLOSED VULNERABILITIES IN "NEARLY THREE DOZEN BACKEND ELECTION SYSTEMS IN 10 STATES." HTTPS://WWW.WASHINGTONEXAMINER.COM/NEWS/DEMOCRATIC-SENATORS-WARNED-OF-POTENTIAL-VOTE-SWITCHING-BY-DOMINION-VOTING-MACHINES-PRIOR-TO-2020-ELECTION?FBCLID=IWAR05FHHFDJQ_72N0VBN_ZKCKNBFRRT88KZ-OVRVTKFCU8BDZSKAU5QPTMNC
-------------------------------
[THIS INFORMATION WAS PRESENTED ON THE LOU DOBBS SHOW, STATING THAT 28 STATES USED DOMINION, CONFIRMED BY TOM FITTON.  HE STATES THAT THE "GLITCHES" WERE PROGRAMMED IN.  FACEBOOK HAS TAKEN THIS FOOTAGE DOWN.
----------------------------
[NOW, DO YOU RECALLS WHEN JOE BIDEN RECENTLY STATED THAT THEY HAVE "PUT TOGETHER THE MOST EXTENSIVE AND INCLUSIVE VOTER FRAUD ORGANIZATION IN THE HISTORY OF AMERICAN POLITICS."]
-----------------------------
2020 PRESIDENTIAL ELECTION

ELECTION 2020: Based on analysis of the vote, ABC News projects Donald Trump will win North Carolina.

On November 10, 2020, the NAACP, joined by Common Cause, the Pennsylvania League of Women Voters, and several other Democrat Party interest groups, filed a Motion to Intervene and filed a responsive brief in the new lawsuit brought by the Trump Campaign against the Pennsylvania Secretary of the Commonwealth and seven Pennsylvania County Boards of Elections with regard to their handling of mail-in ballots as part of the Nov. 3, 2020, Presidential Election. At issue is what happened with respect to mail-in ballots that were found to be defective in one of a few different ways — a defect which caused the mail-in ballot to be rejected and void.
Among the problems that would void a ballot was if the ballot itself was not enclosed in an inner “security-sleave” within the ballot envelope.  The mail-in ballot would also be rejected if the voter did not sign and date the “declaration” printed on the ballot envelope prior to mailing it to the Board of Elections.

The complaint filed by the Trump Campaign alleges that County Boards of Election pre-canvassed ballots prior to 7:00 am on election day.  In doing so, they were able to identify voters whose ballots were defective and would be rejected.  Elections officials then disclosed that information to voters and others which resulted in the voter being allowed to cast a provisional ballot on election day.

The motion to intervene filed by the NAACP and others confirms, with testimonials from voters, that this illegal conduct did take place.
The declarations of the individuals identified show that officials in Philadelphia County and Montgomery County released pre-canvassing information — that ballots were being rejected, including the names of the voters involved — to third parties, and did so after illegally pre-canvassing ballots prior to 7:00 am on election day.  Ms. Price declares that she received three calls from the Democrat Party on November 1 and 2 telling her that her ballot was being rejected.
The seven County Boards are going to be forced to produce information about the number of ballots that were rejected, the reasons for the rejection, and the rate of rejection in terms of the total number of mail-in ballots received  https://redstate.com/shipwreckedcrew/2020/11/13/naacp-motion-to-intervene-in-pa-lawsuit-presents-evidence-that-state-county-officials-violated-pa-election-laws-n279084?utm_source=piano&utm_medium=onsite&utm_campaign=719
-------------------------
Turley on Obama's '60 Minutes' comments: Confirming vote counts is not 'delegitimizing democracy'

Turley responded to a "60 Minutes" interview with former President Barack Obama. Obama said Republicans who are backing President Trump's voter fraud claims and his refusal to concede the election are on "a dangerous path" as pressure mounts on him to recognize Biden as president-elect.

“It’s a rather odd comment that confirming the validity of the votes is delegitimizing democracy,” Turley told "Fox & Friends."

Retiring Never-Trump diplomat: We've been lying to the Trump administration about how many US troops are still in Syria

President Trump wanted the U.S to withdraw troops from Syria. We never did.  [This is what the Deep State does]  An outgoing U.S. diplomat admitted in a recent interview with Defense One to lying to President Donald Trump and other senior administration officials about the true number of U.S. troops deployed in Syria in an effort to dissuade the president from withdrawing U.S. forces from the region.
"We were always playing shell games to not make clear to our leadership how many troops we had there," Jeffrey told Defense One. He admitted that the actual number of U.S. military forces in northeast Syria is "a lot more than" the roughly 200 troops Trump agreed to station there in 2019.  Retiring Never-Trump diplomat: We've been lying to the Trump administration about how many US troops are still in Syria
-------------

Thousands of Provisional Ballots Still to be Counted, Likely Not All Valid: Nevada County Registrar

Clark County Registrar of Voters Joe Gloria said at a Thursday morning press conference that there were 60,000 provisional ballots that remain to be counted. But Gloria said he had “a great deal of certainty” that not all ballots would be considered valid. He did not elaborate on the validation process for the provisional ballots.

In addition, there were still 1,585 ballots to be cured by 5 p.m. on Thursday. “Curing” is an opportunity for the voter to fix any errors on their ballot, such as a missing signature. Several states, including Nevada, have created a process by which mail-in voters can fix their ballots within a certain period of time.

If those ballots are not cured by that time, they will not be counted, Gloria said.

According to Nevada state law, all Nevada ballot counts must be reported to the state by Monday, Nov. 16. Clark County will be issuing one last unofficial count on Friday morning.  Thousands of Provisional Ballots Still to be Counted, Likely Not All Valid: Nevada County Registrar
--------------------------