See if you can connect the dots. 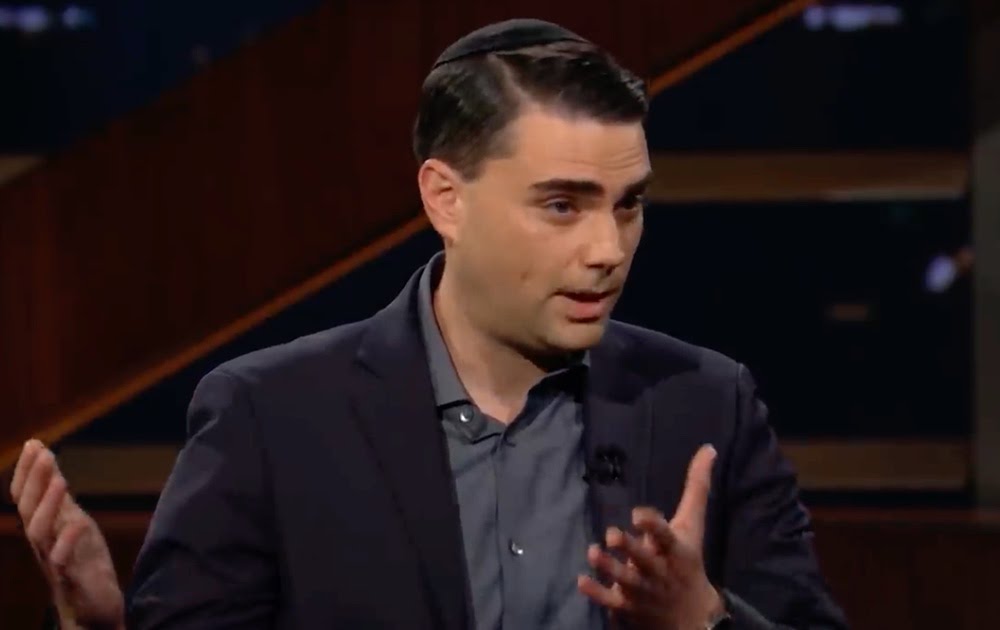 
CALIFORNIA, February 19, 2019 (LifeSiteNews) – Pro-life conservative and orthodox Jew Ben Shapiro told a group of Catholic business leaders that lefist media and progressive politicians’ assaults on religious people have been “first and foremost” on Catholics.
At the Jan. 24-26 Legatus conference of Catholic business executives, which took place in Dana Point, CA, Shapiro spoke on how to create positive religious values in a secular world. While identifying three specific threats, he said: “Unfortunately, the attacks on Catholics have come first and foremost,” adding, “It’s really fascinating to watch, not just from a Jewish perspective. Usually, we’re the first on the hit list. Now it’s you guys.”

The future of the United States, said Shapiro, will depend on an “alliance of all people who believe in Judeo-Christian values and the God who created them.” As the son of a pious Jewish family, Shapiro told the Catholic audience that he usually speaks in secular terms because the reigning secularism makes society “float above the values that bore it.”
Shapiro said that the Enlightenment did not spring up suddenly in the 1700s, but was a result of thousands of years of Jewish and Christian belief that stems from the Ten Commandments and the Sermon on the Mount and created the modern world. There are some people, Shapiro said, who ignore that these are the foundations of the systems that brought about smart-phones and other technologies. “What they don’t see is that their iPhone is the result of free market capitalism that is rooted in a vision of individual value and that individual value didn’t come out of nowhere: it came from God,” Shapiro said. “These are the values that undergird the way we see things in the West,” he said.
“There is an entire contingent of Americans who want to destroy the roots of their own civilization,” he said. “Because you represent the roots of civilization, and I believe that my religion represents the roots of civilization: to destroy the roots of civilization means that the tree will wither and die.”
Shapiro zeroed in on what he called a “crisis of meaning in the West,” and said “There are a lot of people who don’t know why they are here or what they were put here to do.” he said. “They have found meaning in anger, in attacking,” said the conservative author. Religious people, said Shapiro, tend to be happier and are more helpful than their progressive critics. “The angriest people in society seem to be those against religion rather than those who are in favor of religion,” he said.
Shapiro identified three chief threats to religion today: 1) the media, 2) government officials, and 3) “the hollowing out of our religious institutions.”
The threat posed by the media was exemplified by the erroneous reporting about the Covington Catholic High School boys that served to deflect attention from the annual March for Life and denigrate religious schools, he said. While some media outlets claimed later to have erred, Shapiro said, “When was the last time the media made a pro-Catholic mistake?” Shapiro said, “Every mistake that has ever been made about the Catholic Church, Orthodox Jews, or religious Protestants has always been anti.”
Touching on the threat posed by government, Shapiro reflected on anti-Catholic sentiment. “Unfortunately, the attacks on Catholics have come first and foremost,” he said. “It’s really fascinating to watch, not just from a Jewish perspective. Usually, we’re the first on the hit list. Now it’s you guy,” Shapiro said.
Referring to Democrat Sens. Kamala Harris of California and Mazie Hirono of Hawaii, Shapiro said they “attacked the Knights of Columbus and suggested that if you are a member of the Knights of Columbus you shouldn’t sit on a federal court.” He also condemned Democrat Sen. Dianne Feinstein of California who told judicial nominee Amy Barrett last year, “The dogma lives loudly in you,” in an apparent reference to her Catholic faith.


“This division is politics is really dangerous and the mobilization of government on behalf of anti-religious causes is even more dangerous. You can see the first wave of this in Canada,” Shapiro said. He said that anti-religion sentiment and laws start in Canada but may soon be adopted in the U.S. “It is coming sooner, not later,” he said. Shapiro warned that British Columbia courts rescinded the accreditation of Trinity Western Law School because of its adherence to the Christian definition of marriage. He said that he fears that similar decisions will be made in Canada against K-12 religious education, and eventually in the U.S.
Shapiro predicted that state governments in the U.S. will assail religious schools on the basis of LGBTQ laws, revoke their accreditation and ultimately eliminate the non-profit status of religious institutions. “It will come into the home, too,” said Shapiro, “and kids will be removed from homes because if it is repressive to teach kids about traditional values in schools, certainly it is more repressive to teach traditional values at home.”
Regarding what he called the “hollowing out of religious institutions,” Shapiro said that they are unwilling to take the above issues seriously. He said, “They think that if we cower, if we hide, not speak up loudly, if we run away that they will gain adherents.” Young people are not looking for “pizza, guitars and a vague spirituality,” he said, and added, “they are looking for a sense of meaning. They are looking for rules, they are looking for duty. They are looking for a reason to live. That is what young people want.”