As they followed they were afraid.... 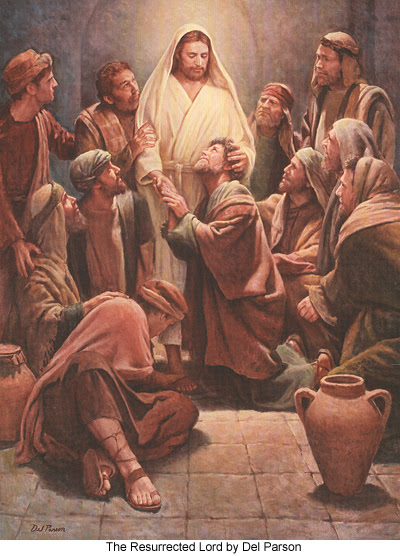 In our walk with Christ we so often find ourselves in the same situation as did the disciples who followed Christ on his final destination to Jerusalem. A dreadful fear gripped them. To study this scripture in depth I came to understand that the disciples were not only afraid for themselves and their Master, but they were in awe that he was confidently going to his seemingly terribly tragic end with great purpose and calm serenity. I too, as the disciples, started out following Jesus with boldness and a tremendous sense of adventure.

However, as the journey continued I also found myself being led to the way to Jerusalem. I became fearful wondering how I came to find myself orphaned. Yes, without safety, security, financial status, social status, and general well being was no longer my companion. Moments on the mountain top became long ago memories.

Oswald Chambers writes, "if we continually try to bring back those exceptional moments of inspiration, it is not God we want. But God wants us to walk by faith." (MY UTMOST FOR HIS HIGHEST MAY 1)Our Master is quite desirable in fair weather among the honor and pomp and circumstance, prosperity and peace. But this I've learned is the Master will certainly take us, his beloved children, on the road to Jerusalem the same as He did his only begotten son. And Jerusalem ultimately brings us outside the camp as it did our Lord and Master. Amen. (Hebrews 13:12-13)May we confess that we are strangers and pilgrims on the earth (Hebrews 11:13). May we confess that just as the bodies of the beasts who's blood was sacrificed in the sanctuary were burned outside the camp, whereas Jesus also, that he might sanctify the people with his own blood suffered without the gate, that we also go forth to him outside the camp and bear his reproach. .. May we confess that we have no continuing city, but we seek one to come. (Hebrews 13:11-14)Amen....