They didn't understand the mission of Christ

April 14, 2012
Jesus knew that no one on earth understood His purpose and so I believe we must take this seriously and pursue this understanding. 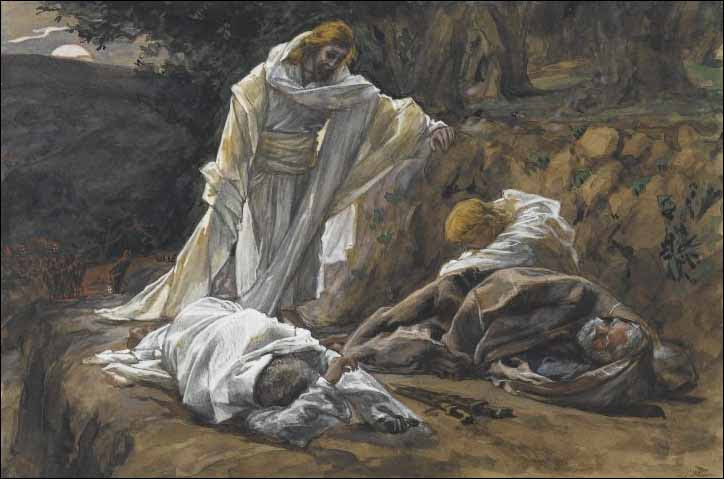 In my bible study this morning something really struck me and then stuck with me throughout the day and then this lead me to something else which I had to journal.

Mark 16:14: After he appeared unto the eleven as they sat at meat, and upbraided them with their unbelief and hardness of heart, because they; believed not them which had seen him after he was risen. Jesus has just finished chewing out the disciples because they didn't believe the report they'd heard about his coming back to life after being dead, even though he had told them several times and in different ways beforehand. Note: upbraided means to "SCOLD VEHEMENTLY" I.E., really chew out not just a mild correction but rather a severe scolding which meant that Christ was very unhappy with them.

These people who'd been closest to him had missed and even worse didn't believe the main point of his entire mission even when it had been explained and was now literally in their face. I then got into a deeper study of Matthew 16:21-23 where Jesus lays into Peter for his carnal mindedness just after Jesus finished explaining that his mission was to be killed and be raised to life again. Peter pulled Christ aside and told him this didn't have to go through like this and in fact told Jesus under the influence of the Devil that this would not happen to him. Jesus said TO Peter, "Get Behind me Satan: thou art an offence unto me; for thou savourest not the things that be of God, but those that be of men. If any man will come after me, let him deny himself, and take up his cross, and follow me. For whosoever will save his life shall lose it; and whosoever will lose his life for my sake shall find it.

The revelation I got from both these scriptures is Jesus knew nobody, absolutely no single human on earth including his closest friends and family truly understood his mission and the process as in the horrible nature he was to die and then come to life again. In fact, even when they heard it they really couldn't believe it because it was so strange, sad, bizarre even unthinkable. If Jesus, God incarnate, was completely misunderstood by even those closest to him, how much more are we, have we, and will be misunderstood by those around us while in our Master's service? We are bond servants, there's no room for self-pity. In fact pity drove Peter to tell his master that the way was not the cross. Jesus said that self-pity was of the devil. Matthew 16:21-23; The disciple is not above his master, but every one that is perfect shall be as his master." Luke 6:40

Dear Lord, forgive me for not believing you and savoring the praise and approval of man more than you. Forgive me for trying to make people like me instead of focusing on YOU. Take me Lord, make me yours. Fill Me with You to be and fulfill the continued mission which is the gospel of Jesus Christ. Amen...